The post-COVID-19 business world focuses on people who both get things done and communicate effectively across a global audience. This is the story of how to find businesspeople who embody these traits. Our feature is Delawarean Steve Dietz.

To best appreciate who Steve is, it helps to get a sense of where he’s at in today’s business world. 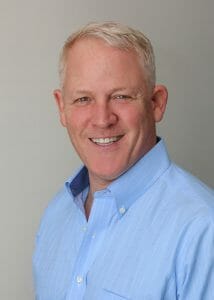 COVID-19 reset the mental model of operating a business in 2020. In short, results-oriented remote work swept across America. Delaware was equally affected. Smart business leaders emerged. What few noticed is that youth was no longer the preferred employment choice. If you had a combination of experience and could navigate the cultural landscape of the digital market, you were the ideal employee and, often, the ideal leader.

Conventional requirements are no longer required. Thanks to COVID-19 driving employees to work from home with results the key metric to what to look for in an employee, leaders like Steve Dietz became what businesses look for in today’s workforce. What is that?

For starters, Steve is a self-made man. Steve Dietz is at the top of Delaware’s game when it comes to Delaware’s best businesspeople, yet a college degree isn’t at the top of his resume. His college degree came later in life. But this summary doesn’t do him justice. Steve Dietz’s self-made man journey epitomizes what companies look to for a great leader.

Steve’s journey could be summed up as Socrates’ mantra Know thyself meets Shakespeare’s Polonius advice to Laertes. Steve understood early in life that he didn’t need to get to any destination quickly. Like most high school graduates, he and his family had a college degree planned, specifically in law. Steve was accepted at the University of North Carolina. After finishing a year, he transferred to U of D.  It was clear to him that he just didn’t have the desire or motivation to continue. He made the bold move to leave it behind.

At nearly 19, Steve called home to his brother from all places, Colorado, to reveal to his family that he was no longer at school. He had moved to Colorado, where he spent two years as a skier.

Steve maintains this was a good thing in that while he lost all his credits and got what he deserved (meaning he would have to start over again later), this miscalculation is one of many in his life that he owns.

It was 1989. While Steve lived the 80s experiences many would envy (LiveAid, Fall of the Berlin Wall, to the Challenger disaster), at age 20, he still felt directionless. He pressed on at the University of Delaware. By 1993 he had his undergrad in History and Political Science.

Then in 1995, Steve announced to his girlfriend of three years that whatever his path in life was, it wasn’t in Delaware. Where was his future? Reminiscing childhood memories of his father’s home in Tunbridge, Vermont, he landed nearby in the bucolic beauty of Burlington, Vermont. His girlfriend even followed him there soon after. The Internet was nascent in 1995. Steve found himself leading a simple life, skiing and waiting tables with plenty of time to think about his future.

What’s a word worth?

One day in the spring of 1995, Steve’s life changed. One word would give him the answer he was waiting for in his search to find his path in life. Marathon.

The experience and the meaning behind its name would inspire and motivate Steve to this day.

It was April of 1995. At the age of 27, Steve wandered into a Walden bookstore. The title How To Train For And Run Your Best Marathon by Gordon Bloch caught his attention. Training over time to reach this new goal gave Steve focus. That year he ran his first 26.2-mile marathon. The Marine Corps Marathon in Arlington, Virginia. This was only the beginning where his newfound focus went well beyond running.

The evidence of his success in running the marathon made the word marathon somewhat sacred. It was becoming clear in his mind; marathon became a philosophical maxim for Steve.

Now at age 27, Steve’s introspection fired up his desire to succeed in business. That came from what he experienced in training and running marathons. In Steve’s own words, “Marathons to me invoke persistence, dedication, disciple, determination to keep going when all you want to do is quit, sticking to a plan, following a regimen, and not trying to fix something that isn’t broken…i.e., follow the training schedule to the letter.”

Steve applied his clarity and drive to life outside of running. Focus on the long-haul in the marathon of life isn’t easy.  So, when a friend suggested he go to Boston, he did what he’s always been most comfortable with. He made a bold move without hesitation.

The harsh reality of a marathon

Steve Dietz’s move to Boston in 1997 to work for Aerotek Data Services Group as a technical recruiter was by no means easy. He had to learn how to discuss vetting questions with programmers across many languages competently. He had to build a rapport of trust with both candidates and employers. Like a marathon, this journey took intense internal resolve.

Steve learned marathons are always hard, from training to a run, especially during the event run when you hit what runners call “the wall” at mile 24 or whenever lactic acids kick in. The fight for breath, the constant strain on your legs of running a 26-mile marathon is grueling. All you can think about is reaching the finish line as you fight through constant fatigue and pain. Not everyone has the mental resolve or motivation to finish. Steve’s marathon philosophy was now a mental model for work.

That year in Boston, a colleague approached Steve to train him to run the Boston Marathon. His father just died of liver cancer. Subsequently, they both acquired their B.A.A. numbers by running for the B.A.A.-sanctioned American Liver Foundation Charity. They each raised $1,500 for the charity. Once again, something he had not seen coming would have an impact that would remain for life.

Pay your dues | The marathon approach

Have you seen films where the old sage says to the young buck, “There is no shortcut to the top — you must pay your dues”? It’s generally followed by talk about respect and honoring a trade or profession. The truth is youth can’t use the powerful experience tool without paying the dues.

Steve Dietz’s marathon in establishing experience in business continued when in 2001 the tech bubble burst. A friend invited him to a seminar on what was then a nascent business market, flipping homes. After spending some time laughing about the idea of buying and reselling old homes, Steve saw the opportunity. The early 2000s was an exciting time to be in real estate and Steve built a valuable portfolio.

Then too big to fail happened. The great recession of 2008. The real estate bubble burst with Steve holding onto enough of his upside-down properties to burn him too. When subprime blew up, his net worth in the millions blew up.

So, in 2010 Steve filed chapter 7, celebrated his failure with a better understanding, and once again pressed forward through the pain. The government and economy were a mess.

A mess of an opportunity

That same year Steve took a job with a cleaning company. He took no salary. Instead, he wanted a part of what he earned. A small woman-owned company was willing to give him 10 percent of the gross. It didn’t take long for him to prove himself as he expanded their market share geographically and he broadened their clientele into a new niche. Eventually, greed guided his business partner resulting in arbitration. Steve prevailed.

Steve Dietz moved on once again. He now had the benefit of insight and experience over time. Steve started his own company in 2014. Through previously established, trusted relationships, Marathon Restorations expanded into tech in 2016. As a result, Steve has achieved what few possess. He’s amassed business experience and combined it with culturally relevant digital know-how needed in the modern tech landscape.

It’s not all business

Steve wasn’t the only Dietz to be involved with charity. His middle brother Jeff started Camp Possibilities in Darlington, Maryland, for children with diabetes after experiencing its effects with his own daughter. Jeff’s motto was, “Until there is a cure, there are possibilities” … Camp Possibilities. Sadly, Jeff died in 2021. With no one else to carry on in Jeff’s place, Steve and brother Dave kept his legacy alive, raising $62,000 for the Jeff Dietz endowment fund, which helps over 100 kids each with $1,700 in expenses to attend the overnight camp.

The journey is the reward

It’s hard to appreciate experience when you see how the Internet has been continuously evolving our digital business landscape. To do so requires a willingness to slow down to gain insight. It’s a lesson in business we all can learn. You could say Steve’s ahead of us in that race, as he learned it early on.